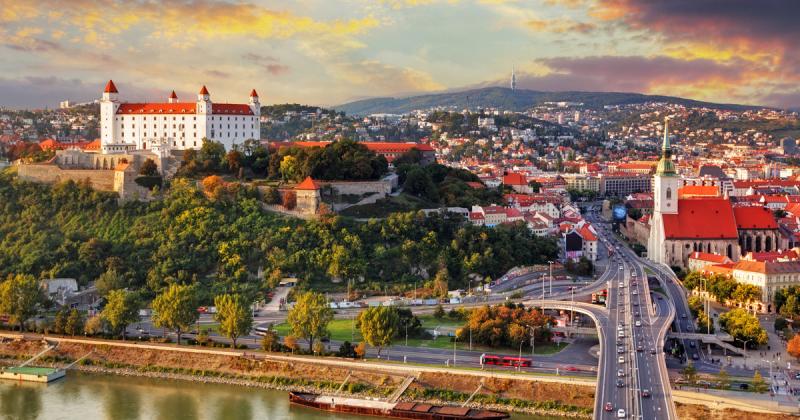 Bratislava is the capital city of Slovakia. Its population is approximately 427,000 and it is also the largest city in the country. Bratislava lies on both banks of the river Danube in southwestern Slovakia. Its originality between capitals is that it borders with two countries – Austria (Vienna 60 km apart) and Hungary.

The cityscape of Bratislava is characterised by medieval towers and grandiose 20th century buildings, but it has undergone profound changes in a construction boom at the start of the 21st century. Most historical buildings are concentrated in the Old Town.

If you are wondering whether you need to speak Slovak to get around here, you can stop worrying now!!! Most of the people speak English, and personnel in the restaurants and bars (especially in the city center) are required to speak English, too. For those who until this moment thought that Slovakia is the same as Slovenia, we have another surprising info: we pay by euro here :)

We hope you enjoy your time here to the maximum - and we truly believe you will!